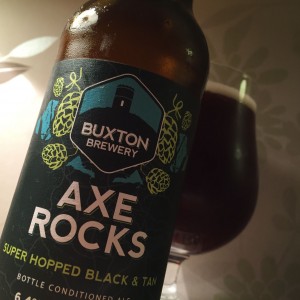 Back in the mid nineties I was doing a degree as a mature student and running an underground cassette label and publishing house and a bloke in Dallas, Texas asked if I’d like a website building.
It was the early-ish days of the internet and I was to pay for it by allowing him to stay in my flat when he came to visit the UK for the first time.
He was the cliché of middle class middle America, god fearing, racist and wholly inappropriate.
But I was able t laugh at his expense almost continuously as every time we went into a pub – he wearing white socks with sandals and shorts – he would ask for a Black & Tan as he’d read somewhere that this was a traditional way of drinking beer in England.
I had no idea what he was talking about and neither, it seemed, did any of the staff in the pubs we frequented.
And so he’d ask for a Black & Tan not really knowing what it was and whoever was serving him would give me a slightly quizzical look and pour him a muddy glass of two halves of whatever they had along the bar.
Axe Rocks isn’t the beer this bloke from Texas ever experienced.
Axe Rocks is a Black & Tan, blending Axe Edge IPA with Black Rocks Black IPA.
It’s a massively hoppy bang of a beer, all pine resin and lemon skins, peaches and mandarins.
Underneath is a toffee tart, a cup of coffee and a splash of apple juice.
Axe Rocks blends dark and light into something good in a way my old American acquaintance never could.