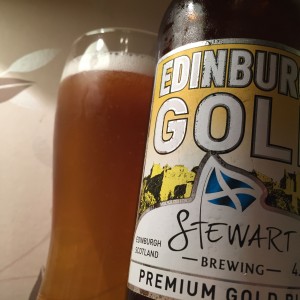 Sweetcorn.
Lots of sweetcorn.
Edinburgh Gold is a light sunny golden beer that smells of straw and sugary sweetcorn.
And taking a mouthful everything is sugary sweet, everything that might be in here is overwhelmed by a sickly sugar syrup harshness.
Now, if I were a hummingbird this might be the beer for me, providing the huge sugar hit to make my wings whizz, but as I’m just a middle aged beer writer all I get is a teeth on edge headache inducing sweetness.
And lots of sweetcorn.