Posted on November 4, 2014 by Simon Williams

A little while ago I had an idea.
I’m not sure it was a good idea, but at least it was an idea.
You see, I’d read articles through the year – and written a couple myself – on the various Beer Festivals around the country and they were pretty much all written after attending the Trade Session or first day where all the beer was new and fresh and all the staff were shiny and friendly and not worn down by several days of pint pulling.
And so I thought I’d visit a beer festival on its final day.
And not towards the end either, where there are bands on and drunk people making a noise, but early in the day when the tired staff are setting up for the final push.
I thought it might make a decent article, but the whole thing turned into a completely different experience.
Look. 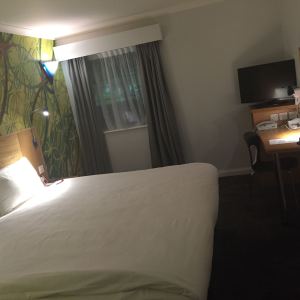 Birmingham Beer Festival 2014 ran between October 29th and November 1st and I nabbed a ticket for the final day, deciding to make a short weekend break of the experience by staying in a hotel on the Friday night so that I could take in some of Birmingham as I’d heard that the city has changed a lot since I used to spend time there in the late 80’s and early 90’s.
I got a room at the Ibis Hotel, a five or ten minute walk from New Street Station, it’s perfectly situated to take in Birmingham’s Cultural Quarter and Shopping Centre as it’s just on the edge of Paradise Circus.
While unpacking my overnight bag I made a call to the Pure Bar & Kitchen, Purity Brewery’s new-ish venue in the city, and booked a table for dinner.
I’d been having an ongoing conversation on Twitter about where to eat and everything seemed to point back to Pure. 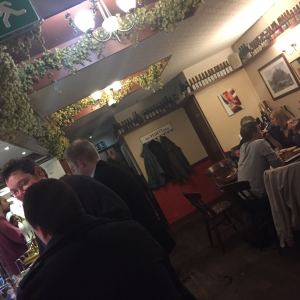 After all, it was only a two minute stagger back to my hotel afterwards.
Showered and changed I wandered into town past ghosts and ghouls, witches and wizards (it was Halloween by the way) and popped into The Post Office Vaults (@POVaults) for a pre dinner drink.
The place was heaving, and it’s only a small place to begin with.
Grabbing a half pint of Viven Imperial IPA (8%) I stood in a cramped corner and watched the world go by until  it was time to eat.
The Pure Bar & Kitchen (@PureCraftBars) is a lovely venue, set in a rather posh looking street next to the museum, it boasts a big bar and an open kitchen so you can watch the chef at work.
I sat at my little table for one with a pint of Purity Longhorn (5%) and waited for my steak to arrive.
And while I sat there I realised something. 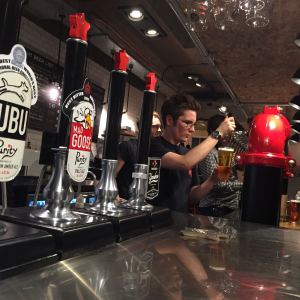 Pure Bar & Kitchen was warm and friendly and the food was superb.

I realised just how loud an evening out is.
There was background music but it was off in the distance (I distinctly remembering hearing a snippet of Bat Out Of Hell at one point), but just the sound of people having a good time was really noisy.
It’s not until you go out by yourself that you realise what a noise we all make.
Shouts and laughter and a constant hum of conversation made it impossible for me to read my book, and so I just looked around, played with Twitter and then ate my steak.
And it was a superb steak.
I didn’t want it to end.
Eventually I had to eat the last mouthful and I washed it down with a half of Odell Brewing Cutthroat Porter (5.1%), a beer that I was as underwhelmed with on keg as I had been from a bottle.
Finishing my drink I grabbed a couple of bottles from the Pure Bar fridge (a very expensive fridge I found out when my bill arrived) and headed back to my hotel for some TV and sleep. 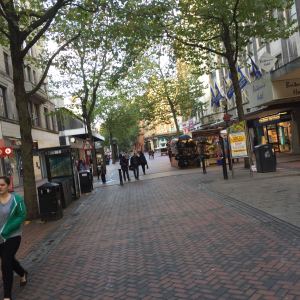 On Saturday morning I was up bright and early.
As those who have read my other articles on visiting cities will know, I like to be out early.
I love walking around a city when only the street cleaners are up, and so I had a bite to eat and checked out.
Birmingham has changed.
In fact the centre of Birmingham is a completely different place to the city I used to visit for shopping and gigs in my teens and twenties, and in the warm morning sunshine it was a lovely city to wander around.
The city’s museum and art gallery didn’t open until ten o’clock, and so I pootled around looking for places I used to visit in my youth.
First stop was Oasis, basically an indoor “alternative” market akin to the place that Afflecks Palace in Manchester used to be (still is?).
Would it still be there?
I wandered up Corporation Street, past where the Scrap Scrap Clothing shop was before we got kicked out by the council in 1992, crossed the street and there it was.
As I looked at the T-Shirt stalls and tattoo parlours inside the dimly lit rabbit warren it was heartwarming to know that in this changing city some things stay very much the same.
Next I went over to Snow Hill as there used to be a grimy but brilliant little venue there that my band of the time used to play at and that I used to visit regularly to watch bands.
Snow Hill was almost unrecognisable.
Big shiny towerblocks and a smart new Waitrose now gleam where once the indie kids drank cheap lager and watched The Razorcuts and The Sea Urchins do their thing. 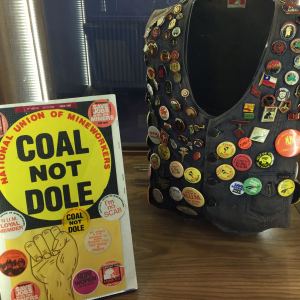 Birmingham Museum and Art Gallery is a superb building that’s warm and welcoming to wander around in.
The Staffordshire Hoard collection was beautiful, but for me the social history of Birmingham exhibit was the highlight of my hour visit.
Beginning in pre-Roman Britiain, the exhibit takes you through the Roman conquest, civil war, slavery and the Industrial Revolution, and right up to modern times where some of the items sent a shiver down my spine while at the same time warmed my heart as I went all gooey and nostalgic.
But that’s enough culture, it was time to head over to the Birmingham Beer Festival.
The venue, New Bingley Hall at Hockley Circus, was a twenty minute walk through the Jewellery Quarter and from the moment I entered the place felt soulless and cold. 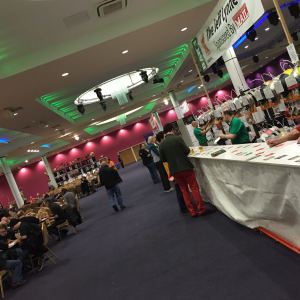 The beer festival venue was cold and personality free.

Yes, the Bingo Hall style lighting was on, but it made little difference.
It would appear that the final morning of a big beer festival is not the most pleasant place to be.
I drank a warm, flat and pointless third of Hop & Stagger’s Triple Hop IPA (5.7%) and wondered where the hops were and then heavy heartedly wandered around the venue looking for something positive to say.
The bar staff I spoke to were grumpy, the two dozen or so punters were quietly ticking off the beer they had tried from their programmes and the whole place had the air of a 1970’s Working Mens’ Club.
Even the third of Revolutions Brewing’s Ghost Town (4.5%) didn’t help as it too was warm and lifeless.
Fortunately my phone rang and I was made an offer I couldn’t refuse.

I left the Beer Festival less than an hour after arriving, bid the trestle tables and yards and yards of warm 3.9% Golden Ale adieu and caught a bus back into the city for lunch in the Pure Bar with my friend David (@rdgmartin).
Except it didn’t initially go that smoothly.
I misread a text and bought a bottle of Brasserie De Cazeau Saison (5%) in The Post Office Vaults and was halfway through it before I realised we were meeting in Pure.
I legged it over to the correct venue, ate a smashing bit of charcuterie with a glass of Purity Lawless (4.5%), which is a crisp and refreshing lager, and then hopped on a train over to Cotteridge Wines (@CotteridgeWines) as I’d not yet seen their tasting room.
Cotteridge Wines’ Tasting Room is absolutely brilliant with twelve taps and a small back room with tables and chairs. 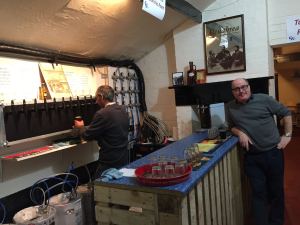 I started with a third of Siren & Mikkeller’s Beer Geek Daydream (12%) which is a ferocious yet drinkable Pale Stout with coffee and vanilla pods.
I also tried Siren’s Empress Stout With Pepper (7.4%) which was also very good but not a patch on the Daydream.
Over a good natter and amongst other shoppers coming and going I also had a third of Brewers & Union Berne (5%) and a rather sharp and bitter, but very lovely third of Brodie’s Belgian Pale Ale (White Wine Barrel Aged with Bretanomyces) (5%).
Then it was time to look around the shop and grab a few bottles to bring home.
Cotteridge is still the Mecca to amazing beer that I described a year or so ago and Jaz and his brother are super enthusiastic and ready and willing to talk and talk and talk.
I left my friends just after the ever immaculately turned out Roberto (@RobertoRossUK) arrived and jumped on the first of the two trains that would take me home.

So, the weekend didn’t quite go as I had planned, but it was far better for it.
If you’ve not been to Birmingham in a while I suggest you make a weekend of it.
Brum is absolutely Bostin’.

2 Responses to Bostin’ Steve Austin: A Weekend in Birmingham