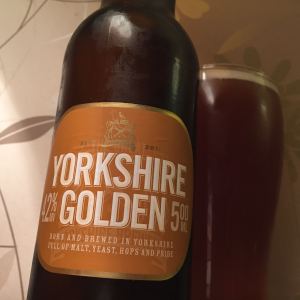 OK, so what can I say about this, my least favourite beer style.
It’s well made, nicely balanced with a soft caramel aroma and a biscuit malt.
There’s a little bitter snap from the hops too, but that’s your lot.
I just don’t get Golden Ale, I find it immensely boring and can’t see why so many people like it as much as they do.
And Golden Ale must be popular given the endless miles of it that you find at nine in ten beer festivals.
And so the most I can say about this one is that it is very well made and if you like Golden Ale you’ll probably like this a lot.