Posted on November 3, 2014 by Simon Williams

Had in his hands, two lager cans
Talks to himself
At the back
– The Fall “Kicker Conspiracy” 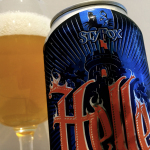 As I got these cans from the fridge that song was going through my head and it’s come back again now I’ve started to type.
I’m  reviewing both these beers together as they are both so very similar.
But that’s not to say that they’re not good in their own right, just placed said by side there’s little difference to find.
I started with the Helles Lager (4.9%) which pours a bright straw colour and smells of spicy hay and honey.
The malting is wafer biscuits and caramel, and the hops are sharp and spicy, green and herbal with a hazelnut woodiness in the finish. 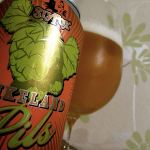 Then I moved onto the Pikeland Pils (4.9%) which looked and felt much the same as the Helles except for a richer, creamier honey in the body and an ever so slightly more lip puckering nettle sting from the hops.
Both these little cans of beer are lovely and fresh and crisp, but maybe try them on separate occasions.