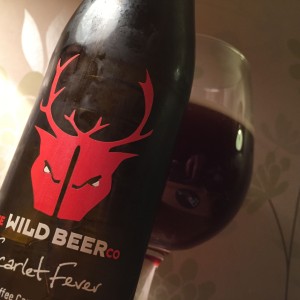 A Red Ale with toffee caramel and citrus hops is what Scarlet Fever calls itself and that’s pretty much this beer in a nutshell.
The aroma is equally floral and malty and there’s a nice rich and round toffee and brown bread malt, some tamarind and sultanas, and a good sharp lemon and grapefruit hop smack that’s as fresh as a daisy, bitter and dry.
And with its long crisp finish, Scarlet Fever is a very nice little beer indeed.