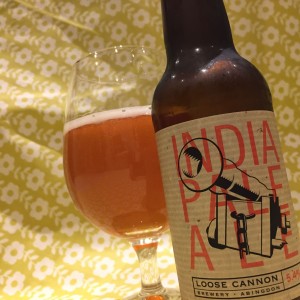 I’ve had two bottles of this and both have been exactly the same, that is both of them have been barely drinkable.
As I opened and poured there was a heavy butterscotch aroma drifting up from this pale amber beer.
The malts are light caramel and biscuits and the hops give a little lemon juice and lime zest and a reasonably sharp and bitter.
But there’s a nasty butterscotch backdrop to the whole beer that leaves a really unpleasant slimy buttery aftertaste.