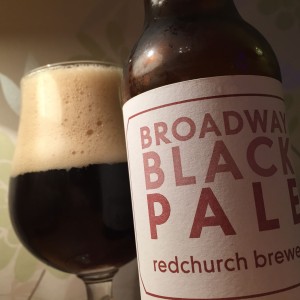 At 2.9% Broadway is a low alcohol Black Pale Ale and it’s pretty good.
There’s a lot to like in here, from the inviting frothy head and surprisingly big fruity smell, to the treacle toffee and coffee malts, not to mention a decent enough blackberry tea and hedgerow hop that gives some good spiky bitterness.
But like so many low alcohol beers everything feels a bit fleeting, a bit thin.
That said, Broadway is still much better to drink than a lot of other beers out there.