Hanging With The Hideout: The Sheffield Twissup 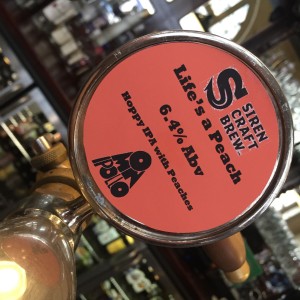 My beer of the day came very early in proceedings.

This morning I’m a little the worst for wear.
Slightly hungover, and certainly feeling it when I had to take my youngest child swimming at 8.30am.
Delicate I might be, but I’m happy too.
Happy because I spent yesterday in Sheffield hosting a pub crawl alongside Jules (@HopHideout) of Hop Hideout, and what a fun day it was.
We met up in an immensely crowded Sheffield Tap at one o’clock, grabbed a half of Roosters’ Yankee (4.3%) each, just to get our eye in, and were lucky enough to find a table.
Shortly afterwards several smiling faces joined us, including Jim and Laura (@MashtunandMeow) and David (@realseawolf), and the inimitable David Martin (@rdgmartin).
It was match day in Sheffield and the Tap was rammed to the rafters and so after another quick half, this time Siren’s brilliant Life’s A Peach (6.4%), we all headed off to The Rutland Arms.
It was only a short walk and we entered to find the place heaving with pre-match drinkers. 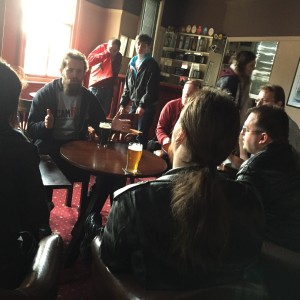 Getting to know each other in The Rutland Arms.

Did I mention it was match day in Sheffield?
The pub had recently had a Siren tap takeover and a few goodies were still on the bar, including Liquid Monstrous (8.2%) and Even More Jesus VIII (11.4%), and so Chris and I decided to share a third of each.
It was early in the day after all, and we got a couple of bowls of chips to go with the beer.
The bar manager kindly offered us their upstairs room so that we could sit down and natter, ad nater we did, falling into easy conversation and making new friends.
We stayed in the little upstairs room for about half an hour and then went back down into the main pub as the football crowd had all left for the match.
We organised ourselves in a corner and washed away the hefty booze of the Siren beers with a crisp half of Magic Rock Brewing’s High Wire (5.5%).
The Rutland Arms is a proper old boozer, warm and friendly and comfortable to spend time in and so we had another drink. 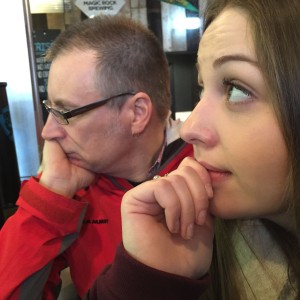 Chris and Maisie deep in thought.

This time it was a half of Birrificio Italiano’s Tipopils (5.2%) along with a mouthful each of Weird Beard’s Faceless Spreadsheet Ninja (5.5%).
The next stop on our whirlwind tour of Sheffield was to be The Tap And Tankard which is a Kelham Island Brewery pub.
We managed to stay in there less than half an hour as the place had no atmosphere and the beer – I and Chris shared a half of  Pale Rider (5.2%) which was, in a word, lousy, and Brass Castle’s Hazelnut Mild (4.2%) which wasn’t much better – and then made a hasty exit.
We ran for cover in Brewdog which was just around the corner.
It’a funny isn’t, that I don’t like Brewdog bars very much and yet end up in them wherever I go.
I understand how and why they are so successful and I guess I’m glad they exist, but they feel so cold and corporate and they do nothing for me at all.
The beer on the other hand, went down quite well.
I had a Great Divide Brewing Co’s Hibernation Ale (8.7%) and it was a big fat chewy toffee delight after the dreariness of the beer before it.
By this point it was getting close to five o’clock and we were all in need of sustenance. 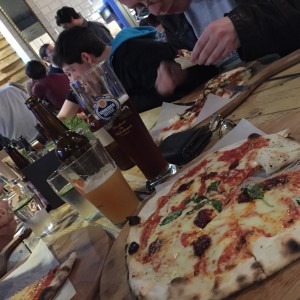 We grabbed a cab and headed over to Craft & Dough for pizza and beer.
I instantly fell for the place.
At least I fell for the way it looked and felt.
The beer was a bit pricey, though the selection was absolutely brilliant.
And as for the pizzas, well, they were the closest I’ve had to the pizza I used to eat when I lived in Italy.
Beautifully made and absolutely delicious.
I washed mine down with a bottle of Weisses Bräuhaus Schneider Weiss Unser Aventus Tap 6 (8.2%) which was thick and gloopy and delicious, acting as a pudding to my super pizza.
My brewing mate Jimmy popped in to say hello and we had a quick natter before everyone went their separate ways.
Some people were heading over to BeerX and some were going home.
My little portion of the party were heading back to Sheffield Station to get our train home which meant only one thing, another drink or two in the Tap. 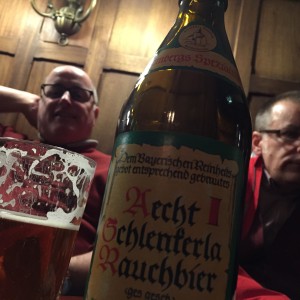 Beer had probably gotten the better of us by now as Chris and David and I decided to educate my daughter’s boyfriend about Lambic and smoked beer.
We ordered three beers to share between the five of us, a Schlenkerla Heller-Bräu Rauchbier Märzen (5.1%), a Brouwerij 3 Fonteinen Oude Geuze (6%) and a Burning Sky Brewery Monolith (7.4%) and set about the beery lesson.
I’m not sure how much sense anybody was really making by this point, but we’d had a fantastic afternoon and that was all that mattered.
I’m really looking forward to my next visit to Sheffield as I know we only just scratched the surface of what the city has to offer, and yet again I found fun and friendship amongst new faces by going out drinking really good beer. 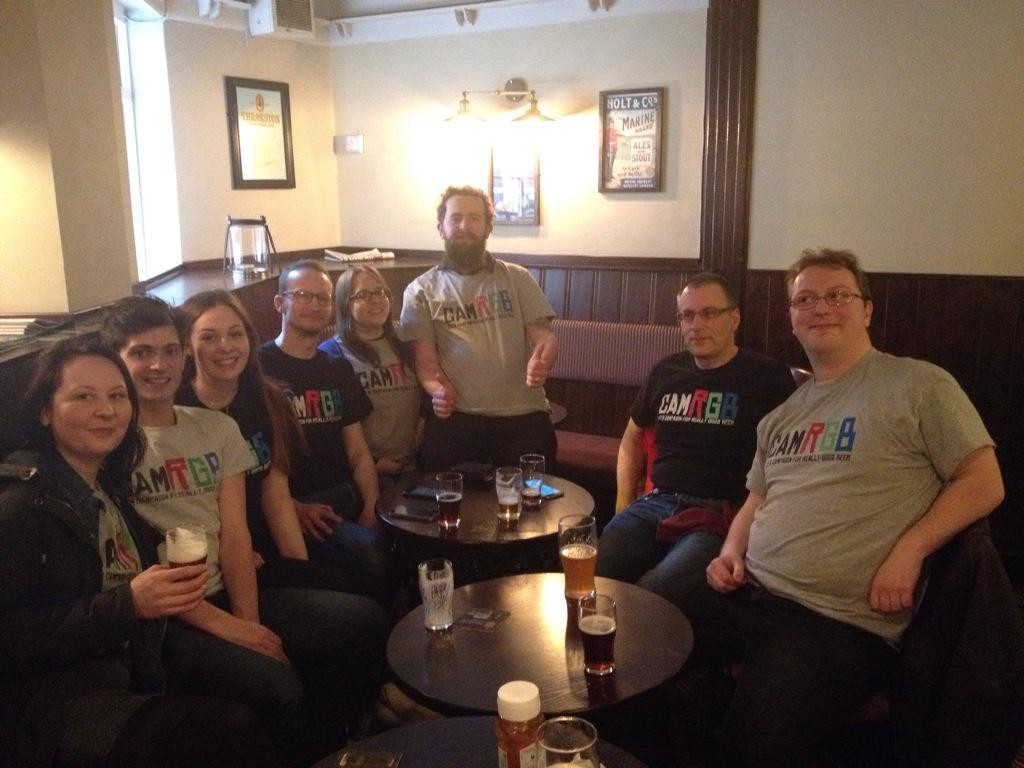 Thanks to everyone who came along and special thanks to Jules for organising such a good day out. 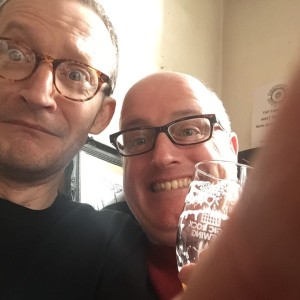