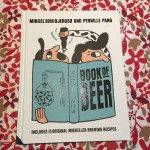 When I first heard about this book I was unsure.
I mean, I love Mikkeller’s beer and I love their branding.
I love the playfulness and the nerve to brew whatever they want, but a book wherein Mikkel tells his story and tells us about beer and what makes beer good could easily have become an exercise in self congratulatory pretentious back slapping.
But I needn’t have worried. 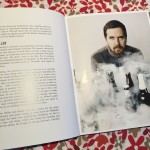 Within the first few pages I had completely fallen for the down to earth style of the story telling in this marvellous little book.
It’s a book that begins with MIkkel’s story from student runner to beer brewing legend, told in a gently self effacing tone that makes me want to make him a good cup of coffee and just have a nice chat. 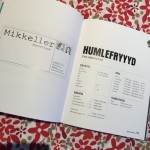 The beer guide is interesting and informative without being an “I know better than you” expression of know-it-all-ery, and at the back are a bunch of beer recipes for those of us who brew at home.
All of this is wrapped up in a lovely hardback that’s been beautifully illustrated in the Mikkeller house style.
It’s a superb book for the knowledgable beer geek and the novice alike.
Definitely worth a read.