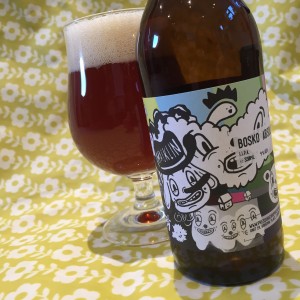 When I was in my early twenties I, like many of you I imagine, had a few “adventures”.
I say that in inverted commas as some of them weren’t adventures in the strictest, or most normal sense of the word.
In fact some of them weren’t adventures at all save for the chemical help we had at our disposal and some of them were, quite frankly, a bit frightening.
Like going into someone’s tiny kitchen for a glass of water and then staying in there for almost six hour because I couldn’t find my way back out.
I can laugh about it now but at the time it was terrible, as Morrissey once intoned.
Some of the people I had these adventures with were a bit frightening too, and some of them may not have been quite the full ticket, including one chap who was driven to exclaim “Yes?!” in a semi-questioning way after absolutely everything he said, including hello and goodbye, and let me tell you, “Hello, YES?!” and “Goodbye, YES?!” gets a bit waring after a while.
Bosko Absoluto is those adventures.
It’s those people you know aren’t particularly safe to be around but hell, they’re fun.
It’s mental.
Big and loud and fizzing with life, it smells of booze drenched toffee apples and tastes of chewy cola bottles, fresh tropical fruit rum punch, Caramacs, pine forests and rolling tobacco.
It pinches your cheeks and stings your tongue and screws with your mind, maaan.
And the label just adds to the effect.
I for one love it, though it terrifies me.