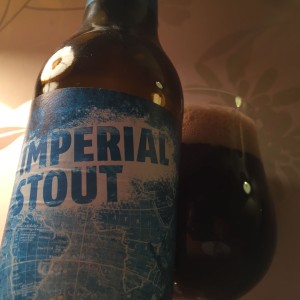 Camba’s Imperial Stout is a bit of a let down.
It just doesn’t have the oomph of an Imperial Stout.
It smells of weak and watery prunes and toffee even though it looks dark and mean in my glass.
The malting is coffee, chocolate, brown bread and plums and the hops are crunchy red leaf litter, but everything is a bit limp and watery even though the alcohol makes the beer feel really heavy.
No, for me this just doesn’t feel right at all.