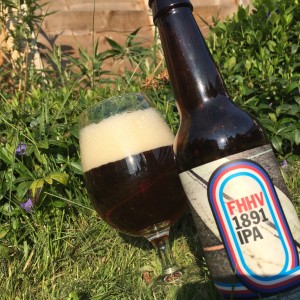 I’m not quite sure where to begin with this, except to say that Canopy’s little IPA isn’t big enough.
By that I mean it’s lacking something in its body.
Something just isn’t there that should be, but I can’t put my finger on quiet what that something is.
The beer pours a deep amber with a billowing cloudy head and smells of over-ripe orchard fruit and straw.
The malting is caramel and salty wafers, white pepper and honey, and the hops are aniseed and blackcurrant leaf tea, hedgerow and nettles.
In the finish the beer goes all soft and slightly sweet and maybe that’s where I have a problem.
There’s next to no real bitterness, no real bite, and the result (for me at least) is that even within a half pint the beer gets a bit sickly.