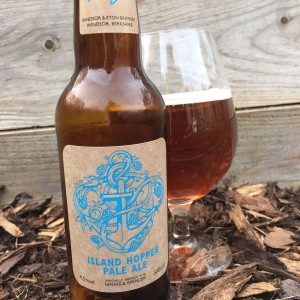 A couple of days ago I noticed a small but good looking new range of beer in my local Marks & Spencer which included Anchor’s Steam Beer and Sierra Nevada’s ubiquitous Pale Ale.
Amongst them was also a small and nicely presented range of M&S own beer and as they were rebadged brews from Windsor & Eton, Meantime and (the one that got me really excited) Sambrooks, I decided I had to try them.
For the record there’s a Lager in amongst the range too but I didn’t pick it up as there was a three for five pounds offer running.
A couple of people mentioned on Twitter that I may be disappointed and I think in the back of my mind I knew that I was going to be, but I remained positive and hoped for the best.
Now I understand that a store like M&S probably has very tight rules on shelf life and the like but to sell beer that has been so heavily filtered and (probably) pasteurised to within an inch of its life is just another example of the high street stores jumping on a bandwagon while not missing the point, but instead deciding to completely ignore it, and it leaves Waitrose head and shoulders in the lead when it comes to finding interesting beer on the high street. 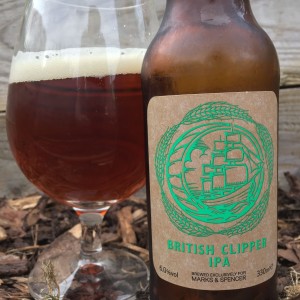 The first bottle I opened was the Island Hopper Pale Ale (4.5%) brewed for M&S by Windsor & Eton.
Its aroma is a watery toffee sweet you found in the sink, the malting is limp caramel and biscuit and there’s barely a hint of hops save for the lightest bitter herbal waft which makes for a finish that’s damp and flaccid.
It went down the sink.
The second bottle I opened was Meantime’s British Clipper IPA (6%) which, though claiming to be rich and complex, is nothing of the sort.
The aroma is tinged with chemicals, the malting has some fig rolls and honey which isn’t too bad and the hops are light peppery leaves which would be pleasant if they weren’t so fleeting, and the finish has a nasty unnatural bitterness.
This too went down the sink. 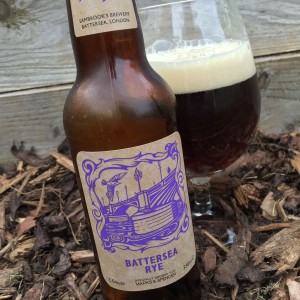 The third and final bottle I tried was Battersea Rye (5.6%) which is Sambrooks rebadged for M&S and it came out by far the best of the bunch with the rye adding a nice round woodiness to the beer’s body.
It’s not a patch on their own version of this beer mind, it’s more like a distant memory of a beer you enjoyed.
The aroma is chestnuts and bran flakes and the malts have some treacle tart and raisins over which the hops are grass clippings and basil with a hint of aniseed.
Again there’s something not quite right with the finish though, something fake, something chemical tinged about the bitterness that I can only guess comes from the heavy processes that all the beer has gone through.

Some people (marketing people mostly) may argue that these bottles are a gateway to people who are interested in “Craft” beer but don’t know where to start but none of these beers taste anything like the beer that comes from the breweries in question and so my argument would be that this range, as with Tesco’s Revisionist range, are so close to every other heavily filtered and pasteurised beer on the high street shelves that people will probably try them once and wonder what all the fuss is about before returning immediately to their Greene King, Marston’s, cheap-as-chips brown water.

Ah well, maybe the Lager in the range is stunning.