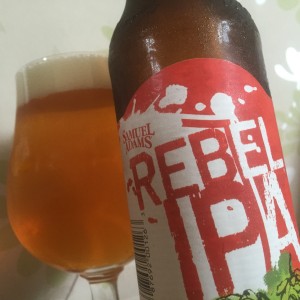 Unlike Samuel Adams’ Boston Lager, this has been imported from the UA rather than contract brewed in the UK by Shepherd Neame.
Apparently filtered to within an inch of its life, Rebel IPA manages to hang on to a decent sharp lemony hop hit, some pine resin and a bunch of fresh, if muted, green herbal leaves.
There’s a not too shabby toffee, pecan and shortcake malt too, but I found a weird chemical tinge to the nutty caramel of the aroma and there’s a thinness to the beer that means that the body and the finish are a little bit limp.
That said, if this is going to be high street faire at a reasonable price you could do much worse.