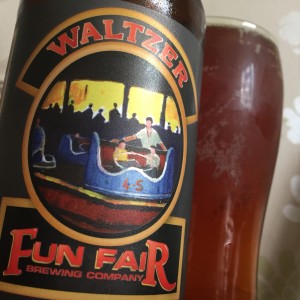 This is a rather good Best Bitter but its label says “Real Ale” and yet the beer appears to be filtered which I was under the impression negates that particular claim.
Anyhow, that’s just an aside to what is a nicely made copper coloured beer that smells of toffee apples and rusks.
The malting is a chewy rich toffee coated digestive with a little chocolate on the side, and there’s a nice spiky herbal hop, all hedgerow greenery, hazel, lemon rind and a lick of aniseed.
The finish is round and chestnut sweet.
Real Ale or really good beer?
Definitely the latter.