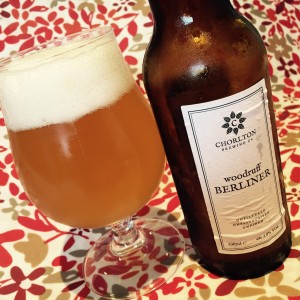 Brewed with Woodruff to recreate the way a traditional Berlinerweisse is often served, this is a soft clean and crisp beer with a light sourness that prickles on your tongue in a rather delightful way.
The smell is pears and apple juice, and the beer pours a light gold with a big fluffy head.
There’s a rather nice pancake and honey from the malts, soft and chewy from the wheat, and a brittle leaf litter hopping that hints at damp woodland, while the yeast gives a nice earthy spice hit before the long dry and very sharp sour finish.
Rather good.