Like Two Worlds Not Meant To Collide: My London Beer Week, 2015

Last week was London Beer Week and I travelled down to attend a couple of events that are seemingly two sides of a beery coin.
What I found wasn’t something that close though.
No, instead I attended two events that come from two completely different worlds. 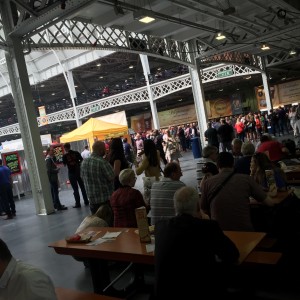 The first event was CAMRA’s Great British Beer Festival Trade Day at Olympia.
This was my third year attending and I found it almost entirely disappointing.
I was lucky enough to get a press pass and after picking it up I went into the main hall to catch up with my friends.
What I found was an event that felt lazy, out-moded and tired looking.
Having hired out such an amazing space as Olympia the organisers have simply plonked everything down just as it was the year before and the year before that, hired the lowest common denominator food vendors and relied on everything staying the same, which now that I come to think of it seems rather in-keeping with CAMRA and the way they want everything in the world of beer to stay the same, to stay how they prescribe it to be.
Don’t get me wrong, some of the beer that I drank was well kept and tasted alright, but there was still a vast array of boring bland beer to drink as I wandered around and around the venue looking for something to catch my eye, but all the British beer seemed to blur into one homogenous list alongside, for example, the more interesting European beers – for me, the highlight of the festival yet again – and some good drinking if a little same-y American “Craft” beers. 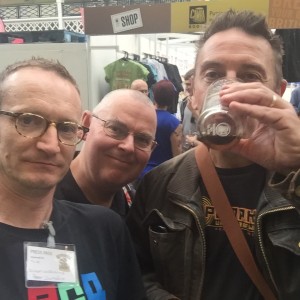 It was nice to catch up with some people that I’ve not seen for ages, but the overall feel was that of a big room half full of people drearily wandering from one cask ale to the next, simply going through the motions.
None of this was helped by this year’s “amusing” logo of a little round man in a pith helmet and khaki safari suit “on the hunt for beer”.
The chap they got to dress up in the outfit and wander around the venue peering through binoculars and making witty remarks made the whole thing stink of the worst end of the 1970’s Carry On films.
The one consolation was that Tiny Rebel’s Cwtch won Beer of the Festival, which felt like quite a left field choice given the other beer on display during the event.
CAMRA are so big, so powerful, that they could easily put on an inspiring and challenging, and above all, interesting event if they so chose.
Sadly I fear that for all the lip service paid in recent times about considering Craft Keg and how they may be able to support it, they desperately want everything to stay the same forever. 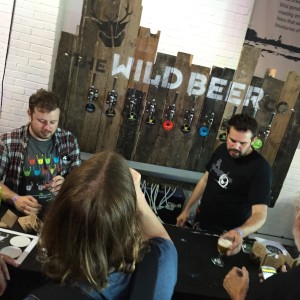 The other event that I attended was London Craft Beer Festival Trade Day.
Held in The Oval Space in Bethnal Green, the atmosphere was lively and jovial, a pleasant and compact space to walk around, full of people who were genuinely passionate about the products that were on display.
And yes, some of the beer was ridiculous, but you couldn’t fault the playful experimentation and the  creative challenges that Brewers had been setting themselves.
There was a good mix of beer styles too, from sours to Pale Ales, IPAs to Imperial Stouts.
I wandered around the venue happily bumping into people and sampling beer on my way around.
The food too, although not on the same level as Birmingham Cubed a month earlier, had been thoughtfully chosen and gave you a choice of well made fayre with which to line your stomach.
As I travelled down to the event I wondered what I would be walking in to, and was concerned that I’d find myself in Craft Beard Hipster Hell, but I was pleasantly surprised to find a good mix of people, all ages and sexes, enjoying some really excellent drinks. 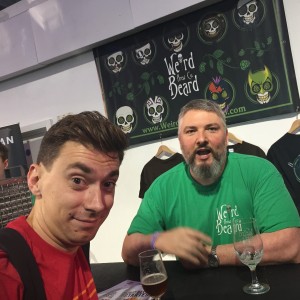 The highlight for me was the beer from Omnipollo, which was all very silly, mixing deep rich Imperial Stouts with pecan and chocolate mud cake flavourings to create the biggest most mouth filling beer I’ve had in ages in their Noa (11%), or even more bizarrely, Magic 90,000 (7%) which is an IPA with blueberry, pecan, almond and vanilla, all brewed with lactose to give a real ice cream sundae feel as you drank.
Yes it was silly, but boy was it fun.
My only complaint would be that I would like to have seen one or two more of each breweries’ “standard” beers on display – The nearest I came was with Pressure Drop’s super little Pale Ale, Pale Fire (4.8%) – as that would have offset some of the more far-out beers on offer.
But with all that said, I enjoyed both days, mainly as I caught up with so many old beer chums like Matthew Curtis (@totalcurtis) and Justin Mason (@1970sBOY), and I finally met up with Logan from Beavertown who ribbed me about my terrible review of his Kvas from a few years before.

Finally, for those of you who are interested in that kind of thing, here are the beers that I sampled at each event: 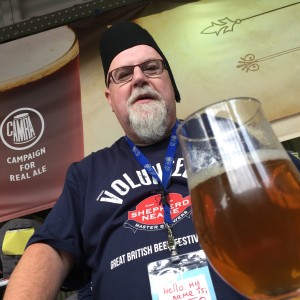 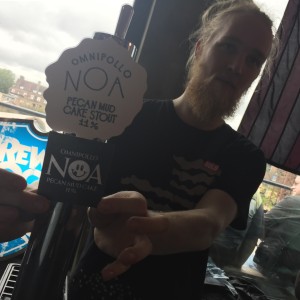 26 Responses to Like Two Worlds Not Meant To Collide: My London Beer Week, 2015