All That’s American Is Not Gold

Sometimes I think we as beer drinkers look across the Atlantic and expect every drop of beer in the Land Of The Craft to beer mind bogglingly good.
And sometimes I think that we occasionally get beer imported from across the pond that deep in our heart of hearts we know isn’t up to scratch but we tell ourselves that we love it anyway.
We make excuses, we blame others, or we simply lie to ourselves because of the money that we’ve had to fork out in order to open the particular bottle of disappointment that we have in front of us.
But lets face it, there are so many breweries in the United States and not all of them can be producing amazing beer, as there are some new Craft breweries in the UK that are producing mediocre products.
Take these two beers from Tailgate for example, imported in cans I was rather excited to try them, but… 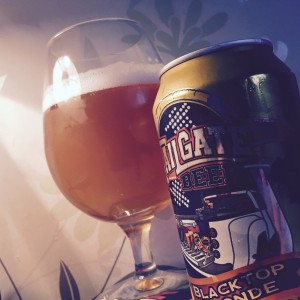 Blacktop Blonde (5%)
Brewed with Magnum and Cascade hops this might be, but it’s an overly sweet and sugary mess.
The aroma is honey and raw cane sugar and that stubbornly carries on throughout.
In fact this beer is so sweet you’d be forgiven for thinking that it’s had a few heaped spoonfuls of Silver Spoon added.
And this sweetness kills of anything else that you’d hope to find in here, the result being that the Magnum and Cascade whimper as they’re crushed to nothing under the weight of this teeth curlingly sweet monster. 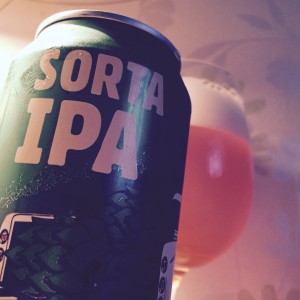 Sorta IPA (4.7%)
This, like Blacktop Blonde, smells of little more than unrefined cane sugar, and taking a swig that again is at this beer’s heart.
The hops try their best to make their presence felt and so you find a dry bitter kick at the end, albeit it tinged with a chemical burn that’s rather unpleasant.
And here again the sweetness becomes so all-consuming that it’s like the equivalent of a beery defoliant, wiping out everything in its path.

One Response to All That’s American Is Not Gold