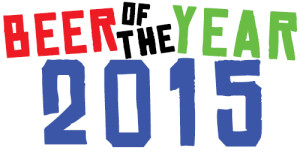 It’s that time of year again and I’d like to invite you all to vote for your favourite beer of 2015.
The same rules as always, send your top three beers in an email to hq at camrgb dot org.
There are no boundaries as to the beer that you choose, but this year, just out of interest – especially with the rise in canning – we would like to know how you enjoyed your favourite beer.
This won’t impact on the judging, which will simply be whichever beer gets the most votes is the winner, we simply want to get a feel for how much of this beer is being drunk out in pubs and bars and how much is bought for private consumption.

Voting will close on Saturday October 31st and the voting is open to everybody.

As usual a lovely shiny glass trophy will be presented to the winning brewery.

Previous winners have been:

Founder of CAMRGB. Member of The British Guild Of Beer Writers. Leftist bigmouth. Old and grumpy.
View all posts by Simon Williams →
This entry was posted in Beer Events, CAMRGB and tagged 2015, Beer Of The Year. Bookmark the permalink.