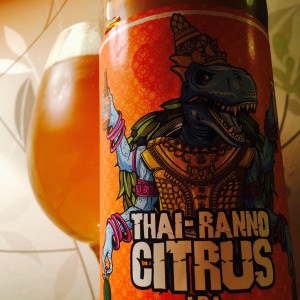 The Kaffir lime smells lovely as you open this beer, and indeed there’s a big Kaffir lime perfume to the flavour.
But unfortunately it’s too big a perfume and it overpowers absolutely everything else, and after your third or fourth swig it begins to taste as though you’ve accidentally swallowed an air freshener.
There’s just no balance, no body, no anything except for the overwhelming dusty dryness you get when you spray your deodorant and get a mouthful.
You know that feeling?
That’s what this is and it’s not pleasant.
Not at all.