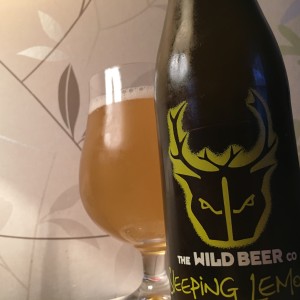 I’m a bit cross.
I’m going to have to stop saying that Gose is a beer style that I don’t really like, as here’s another that I think is rather good.
But then this is Wild Beer and they have an annoying knack of making beer that I love.
Sleeping Lemons is gently sour with a straw, honey and silage aroma wafting up from its pale gold body as it lounges in my glass.
The malting is super soft walnut cake and caramel and there’s a sharp herbal hedgerow hopping.
But the sharpness of the hops are nothing like the sharpness of the preserved lemons that slap you upside the head with a tart and super fresh bitter lemon fruitiness that is stopped in its tracks by the saltiness of the salt leaving a finish that’s crisp, bitter and superbly dry.
Grrr.