Posted on November 1, 2015 by Simon Williams

Well well well.
The votes have been counted in the fourth annual CAMRGB Beer Of The Year Competition, and without further ado we can announce that by one vote the winner is: 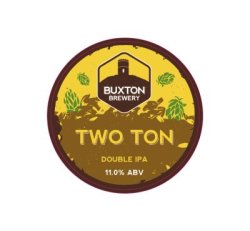 Congratulations to Colin and the team.
The CAMRGB Glass Trophy will be with you as soon as we’ve had it engraved.
Interestingly, the beer that came second was from the same brewery.
It Was Yellow Belly, and it lost by a single vote.

And in no particular order, here’s the list of the beer that was voted for by CAMRGB members over the last few weeks:

There was a pretty even spread between bottle, cask, and keg, and also a number of canned beers included.

Founder of CAMRGB. Member of The British Guild Of Beer Writers. Leftist bigmouth. Old and grumpy.
View all posts by Simon Williams →
This entry was posted in Beer Events, Beer Review, Brewery, CAMRGB and tagged 2015, Beer Of The Year, buxton Brewery, Double IPA. Bookmark the permalink.