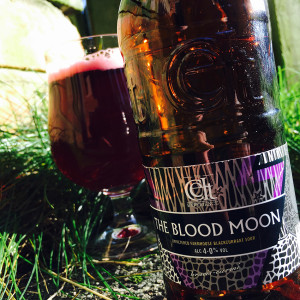 Pouring the most beautiful purple, this Farmhouse Blackcurrant Sour certainly looks the part.
It smells pretty good too, a lightly sour fruitiness that drifts up at you as you raise your glass.
But the beer is a little too light for my taste, and it makes for a singularly one dimensional experience.
Sure, there’s a the darkly bitter sweet tang of fresh blackcurrants, but the malting doesn’t really give enough body and it leaves the beer feeling rather thin and insubstantial and that leads you down a sour cul-de-sac that you can’t escape from.
And right at the end there’s an odd sterilising solution aftertaste.
Nope, not for me, this.