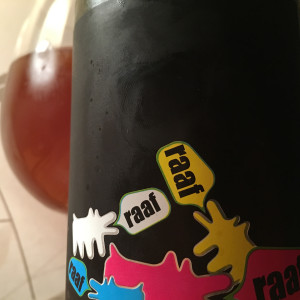 An Italian brewed Rauchbier, I wanted this to be so much better than it is.
Sure, it pours a nice rich Amber and smells of wood smoke and orchard fruit, but the smoked malts that initially taste like an Autumn bonfire, quickly take on the flavour of Elastoplast plasters.
It’s something I’ve found with smoked beer in the past, not often, but it’s a definite “thing”.
The result is that a beer that on first sip is rather nice, by third sip has been poured away because as it warms, even the aroma becomes medicinal and wrong.