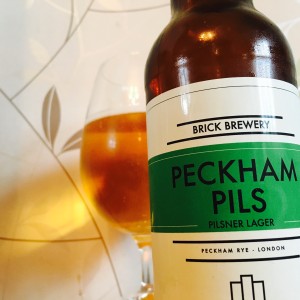 A decent if not terribly exciting Lagered beer from Brick, which mainly suffers from being another in a long line of Lagered beer coming out of our “Craft” breweries over the last twelve months or so.
It’s crisp and fresh, it has a light wafer and caramel malt body and a delicately spiced herbal hopping, smells of garden flowers and honey, and sits a shiny gold in my glass.
And that’s about your lot, I’m just getting a little bored of lagered beer.