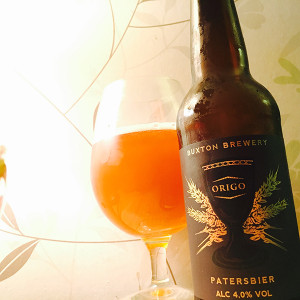 Part of Buxton’s new Lineage series, Patersbier is based on Trappist style Table Beer.
You see, those monks whose beer we like so much will often drink a much softer and less alcoholic beer during the day rather than their great big boozy beasts.
As it goes, this is quite good, pouring a pale gold and smelling of spicy Belgian yeast, apples and pears.
This is a malt heavy beer, all brown bread and toffee, caramel biscuits and sticky honey, the hops adding a little pithy green snap at the edges.
It’s a well made beer – but then I wouldn’t expect anything else from Buxton – but it’s not a beer I’ll rush to try again.