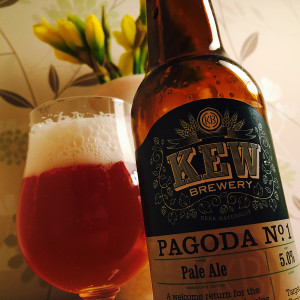 Brewed using an experimental English hop called Fusion this might be, but it’s rather bland and boring.
It pours a pale gold with a big fluffy head through which I struggled to find any aroma save for the merest lick of caramel and some fuggy yeast.
The malting is a bit limp, some biscuits and a little toffee, and the hops flap at you weakly, a tiny bit of green hedgerow herbal leaves and just the lightest touch of lemon.
Nope, not for me.