Two Beers From The Inkspot Brewery

How many breweries do we actually have in the UK at the moment?
There seems to be another one offering its wares every couple of weeks, and I fear that at some point we’re going to hit a critical mass.
What I suppose will happen is that the good breweries will remain and some of the not so good ones will disappear into history.
Inkspot is a new brewery to me and I was immediately underwhelmed when I opened the first of the two bottles that I had.
The problem I think, is in the filtering and bottling processes.
Here are the notes I made as I tried them. 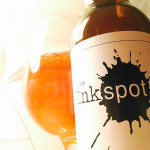 Well this is singularly unimpressive, mainly because it has that odd butterscotch taste that often comes from badly cleaned lines and sometimes from (it seems to be, at least) heavily or badly filtered bottles.
And it’s a flavour that takes over completely, removing any real trace of hops or malts, leaving a slightly sickly and rather oily beer that I feel the need to pour away. 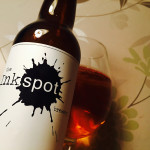 And this is almost exactly the same, with the weakest most watery smell and a flavour that just about tastes different to the APA, but only in the limpest hint of toffee that this has.
In fact, I’m not going to write anything more, as I really need to pour this one away as well so that I can find something better to drink.