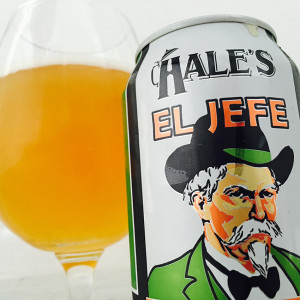 This beer smells quite nice with its peach and spicy banana aroma, but once I took a swig I found a limp and slightly sour excuse for a Hefeweizen.
There’s a bit of a chemical tinge to the beer too, metallic in an unpleasant way rather than a steely fresh basil leaf way.
The malts are caramel and wafers and the hops provide a little lemon juice and some leafy greenery.
But it’s the odd watery chemical thing that jumps out at you from the back of this beer that spoils it.
I had to pour it away.