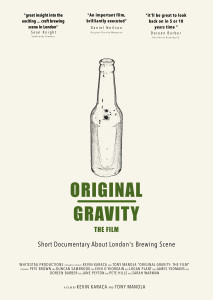 A few weeks ago at the Hopstuff Brewery in Woolwich I sat down with a number of like minded souls to watch an entertaining 30 minute film about the brewing scene in London. The following day I approached the film’s producer & director Kevin Karaca who kindly agreed to answer some questions.

Hello – please give us a quick introduction about who you are and what do you do?

Hi there, I am Kevin Karaca, the Producer & Director of Original Gravity – The Film (not to be mixed up with our friends at Original Gravity Magazine ). I am an independent factual filmmaker with a heavy concentration on society, trends and analysing interesting phenomenons through a sociological lens. I’m also a beer lover, frequenting many bars particularly in East London, where I live, and keeping a keen eye on what’s going on with London’s scene.

I really enjoyed Original Gravity. What is the background behind the film and why did you want to document the London Brewing scene? 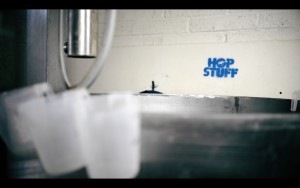 Thanks – it was great fun making it! Since I was a teenager, I’d always been interested in beer & breweries, I remember going to countryside pubs and always trying the local brews, talking to landlords about the brewery and the different beers they made, then visiting my hometown’s bottle shop and chatting to the owner there. I guess this interest has stuck with me since.

When I moved to London, back in 2011, I started working in a pub where I began training staff on different products. This is where my interest for a better understanding brewing came about. After a chance encounter with a General Manager of a craft beer bar I moved from a large pub co. to work for her and this is where I really started to meet and understand the brewers.

London has a very unique dynamic in that (almost) every brewer knows one another and goes out for drinks together. It is great to see this at event’s like the London Brewers Market, organised by The Five Points Brewing Co., when all the brewers come down and taste each others’ beer, chat and have a laugh. Same can be seen at any trade session at beer festivals. This, alongside the help that they all give each other – be it through lending malt or giving advice on recipes or offering DIY fixes for broken kit – is the behind the scenes powerhouse of London’s thriving industry and I really felt it was important to get this across to the drinkers.

What was the main aim of the film. What did you want the end result to be?

As I said, my raison d’être is to showcase the friendships between London’s breweries. This is something very special that should be celebrated and known by all those who enjoy their tasty beers. That also shaped how I wanted the final result to turnout; a short film that is accessible by all to get a feel for the love that is put into every single drop of beer they enjoy drinking. It was also important to create something that people within the beer scene can watch and reflect on themselves and be proud of what they are achieving. 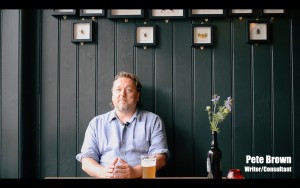 hat struck you most about the brewing scene in London whilst you were making the film?

That no-one had made a film about London’s Brewing Scene!!! I was so surprised when I couldn’t find anything to watch apart from the great Vlogs that are around on YouTube.

The film runs for 30 minutes and sums up what is going on in London very well. Will there be any scope for a follow up or an expanded version of the film? Or are you already working on other projects?

Since the beginning of the project I have been thinking about the second part to this film; one of the main reasons I chose Original Gravity as the name was to follow up with Final Gravity! The plan is to create a feature length documentary about the UK’s independent brewing industry – America has got a few out there about theirs and it’s about time we get our story out there, because come-on, we (pretty much) invented beer and we do, do it best. The issue is going to be finding the funds to start the project, this is something I’m working on (and this is a shout out to anyone interested!!).

There are a number of screenings planned or have already been held at the breweries who took part. Any plans on showing the film elsewhere outside of London or online?

Yes. We’ve organised around 8 screenings in different bars & breweries and plan to do as many as possible – it’s so much fun getting beer fans/drinkers together in a brewery and watching a film then having beers all together. We’d love to do more screenings outside of London! I had a brief chat to the guys at Cloudwater, up in Manchester, and we’re going to see if we can sort something out there.

The most exciting screening news has to be a twitter conversation that was started by @jonregler, asking us if we’re coming down to Dorset. We are now discussing hosting a screening in Cycle Cafe, Velo Domestique, with beer supplied by David & Nicola from The Wight Bear Ale House, together with a Beer/Food paired dinner and a cycle event. All of this preceded with the possibility that we might organise a cycle event from London to Bournemouth with some of the cycle cafes in London. If we pull this off, it’ll be epic – cheers Jon for starting the conversation!

I’m hoping to put the film online as soon as possible, we are just exploring our options at the moment – watch this space.

We’re up for almost anything and would be more than happy for people to get in touch to suggest somewhere for us to host a screening! 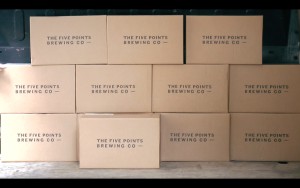 Do you have any plans on becoming a brewer or getting more involved in other aspects of the London beer scene in future?

The guys at London Beer Factory kindly gave me their old home-brew kit and I’ve tried a few times, I wasn’t very successful. I would love to open a bar someday though, this is an idea I’ve had since I was about 16, so I’ll do it one day. Probably not in London though, I’d like to be able to bring London beers elsewhere and also really help support an area that isn’t so obvious.

What was the last beer you had and what is your favorite beer brewed in London?

The last beer I had was actually Redchurch Brewery’s Paradise Pale, a superb 3.8% session-able Pale Ale, if you haven’t been down to their Taproom you should check it out! Oh, that’s a tricky question, there are so many fantastic beers around! I mean try anything from Five Points, The Kernel, Redemption and you’ll enjoy it, but my favourite beer brewed in London must be Pressure Drop’s Pale Fire – it just so juicy and tasty, also Mother Kelly’s always has this on, which is a very good stop off on my journey home!

What is your favourite London pub?

Another difficult question to answer! I think it would be impossible to choose one; The Kings Arms is great and the guys there are so relaxed it always feels like home. The Wenlock Arms is another fantastic pub, and is one of the best for real ale in my opinion – I’ve heard that Marcus, the manager, is having a few health issues at the moment, I hope he’s dong well!! Finally, The Chesham Arms is an amazing pub; if you want community, this is where you’ll find it. With all the new incredible bottle shops and online stores opening, one of the most important things is to make sure we are still supporting our local pubs and going and drinking out – the Chesham is a great case in point.

A big thanks to Kevin for answering the questions put before him. I totally agree with him on Pressure Drop Pale Fire, Mother Kelly’s and Redchurch to say the least!

There are a number of screenings planned in March and April. Visit the Original Gravity site to find out more and to get tickets.

This entry was posted in Beer Events, Interview and tagged Film, Online Gravity. Bookmark the permalink.