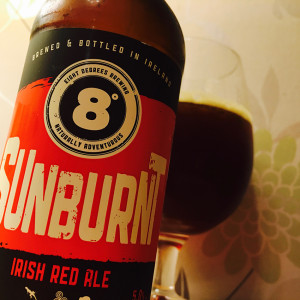 The initial mouthful of this beer tasted fine, but slowly a rather unpleasant chemical tinged background hum began to build up, and with each sip it grew bigger and bigger, creating a bitterness that isn’t hoppy, isn’t even that beery, it’s chemical and unpleasant.
Couple that to the beer’s aroma which is a watery toffee apple and you’re left with a beer that I poured down the sink by the third gulp.
Not good, not good at all.