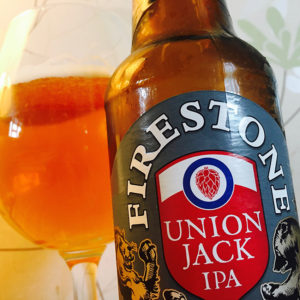 This is a rather good little IPA, though I have to say that I’m not as blown away by it as some seem to have been.
There’s a solid malty backbone to the beer which has that candy tinged sweetness you find in lots of American beers, and the aroma is fiercely resinous and laced with strawberries.
Over all this the hops are sharp and brittle, but they’re more British than American, with slashes of nettles and dandelions, some lemon zest and just a hint of aniseed before the long and very bitter finish.