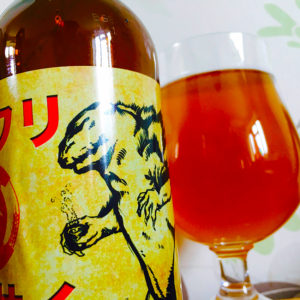 I’m almost positive I’ve had this before, and in fact someone told me that I’ve reviewed it before and thought that it was good.
Well, things change.
I don’t recall Hackney filtering their beer before, certainly not the previous version of this beer.
And I don’t know for sure if it’s the filtering of this beer that has stripped away all the goodness that the beer’s ingredients suggests you are going to find, but instead of green tea and Sorachi Ace hops, there’s just a blob of caramel and some biscuits, a bit like a golden Ale.
And you don’t want that kind of flavour from a Saison.
There’s a light slap of lemon zest zing right at the end of the beer, but I can’t find anything resembling green tea at all, and the all pervading caramel in both the smell and the flavour of the beer is a real shame.
I just wish that I could find my previous review of this so that I knew for sure.
Source: EeBria