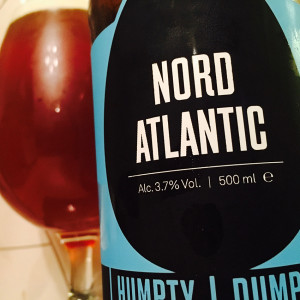 I’ve had some very good beer from Humpty Dumpty, but this isn’t one of them.
It’s alright as it goes, just unremarkable.
A light toffee and digestive malt with a lick of honey at the edges makes up the body of the beer while the hops – Target and Centennial – give you pencil shavings, nettle tea and a splash of lemon juice.
As I say, perfectly drinkable just totally unremarkable.