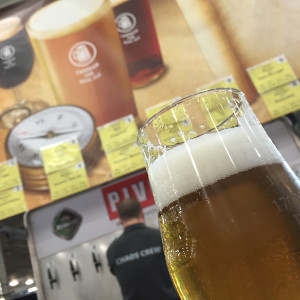 In the last couple of days CAMRA have made a big deal about announcing that they are going to be surveying all their members with regards to the direction of travel for their organisation in the light of the changes in modern brewing and dispense.
Should they remain ardently “Real Ale” or should they embrace the new “Craft” beer?
I’ve followed some of the discussions and feel that something needs to be said for and on behalf of our own little Campaign For Really Good Beer.
After all, CAMRGB came into being precisely because of CAMRA’s stubborn approach to, or rather against, change.
Personally, I wholeheartedly approve of the survey, and I know there are a lot of CAMRA members who will want to see change as they already enjoy all sorts of beer from all sorts of different producers in all sorts of different forms, from bottle to keg to can.
My concerns lie in the fact that CAMRA is an organisation built on a strict set of rules about what is “Real”, and in fact when they broadened their scope to take in Cider and Perry, this was still within strictly defined rules of what they perceive to be “Real”.
And therein lies the fundamental problem.
There are a lot of people who make a lot of money out of CAMRA and its campaigns, and these people stand to lose a lot of money – or at least stop making as much – if their prescribed definitions are no longer seen in as important a light as they currently are.
For too long too many people have glossed over, or purposefully ignored, the fact that “Real Ale” is not a sign of quality, simply a sign of a specific set of manufacturing procedures and that these manufacturing procedures lead to a lot of very good beer indeed, but also to a lot of bland and badly produced drinks.
And we need to remember that not all “Real Ale” is pasteurised and unfiltered, not all of it is a well made, “pure” product.
But a lot of “Craft” beer is. 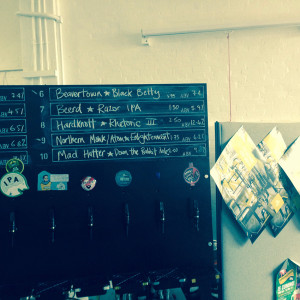 In the five years or so that CAMRGB has been in existence we have gathered together a small group – currently standing at 960 members – who agree that we should be allowing our brewers to make the beer that they want to make in the manner that they think best suits their product, and that we should be judging them solely on whether the beer that they make tastes good.
If a brewer uses finings and you don’t like that method then stop using that brewer.
If that brewer pasteurises their beer but it still tastes good to drink, then keep drinking it.
It’s not for a small group of people to lay down laws.
After all, the main point of all this is that there is no right or wrong in the manufacture of a product as long as the methods don’t do any damage to others.
And so I, and I’m pretty sure that I speak for the majority of CAMRGB members, will watch what happens with the survey with great interest.
I’d also openly invite any and all CAMRA members to also join CAMRGB, we’re open and we’re free and we may be a bit tipsy, but we mean well and we simply want the best for our marvellous brewing industry.
This country makes some of the greatest beer in the world and it deserves our support regardless of how yeasty it might be.

The Campaign For Really Good Beer believes that:
1. It is up to the brewer to decide how their beer is made and dispensed.
2. Beer should be taken seriously but is essentially a drink to be enjoyed and celebrated with good humour.
3. It is not for a select few to tell everyone what is or is not a good beer. The best way of judging if a beer is good is to listen to the people drinking it.
4. The CAMRGB is neither provincial nor nationalistic. We enjoy beer from all over the world.
5. Any discussions on points relating to beer or to The CAMRGB will be met with good humour and open, friendly communication.
6. The CAMRGB is not about leaders and followers it is about people making new friends and connections. To this end The CAMRGB is open to anyone unless they bring prejudice of any kind to the group.
7. One should never forget the power of people speaking with one voice.
8. Celebrate beer because beer is brilliant.

Founder of CAMRGB. Member of The British Guild Of Beer Writers. Leftist bigmouth. Old and grumpy.
View all posts by Simon Williams →
This entry was posted in Beer Events, CAMRA, CAMRGB and tagged CAMRA, CAMRGB, Real Ale. Bookmark the permalink.

5 Responses to The CAMRGB Survey Monkey