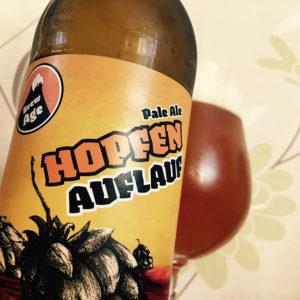 I really wanted to like this but it is so malty it’s unreal.
Pouring a nice pale gold the smell is digestive biscuits, honey and cream crackers, and that’s what you find when you take a swig.
The Chinook, Centennial and Citra hops struggle to show themselves under the weight of the malting in here, leaving only a subtle trace of lemon rind, balsa wood and hedgerow greenery.
In fact the malting is so strong that the toffee sweetness starts to become far too sickly making the finish thick and cloying.
No, I don’t like it.