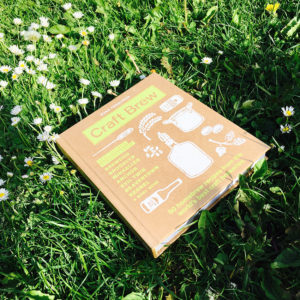 Unlike so many of my fellow beer geeks, I have never really been into the idea of brewing beer myself.
Yes, I’ve taken part in brew days with breweries and enjoyed myself, and I grow hops which have been used to brew beer, but the thought of setting up my own home brewing kit and making my own beer just doesn’t grab me.
There are however, lots of people that I know that love brewing at home, and Euan Ferguson’s little book of recipes is a perfect addition to their shelves.
Beautifully presented in a brown card cover, the book is well written and easy to read.
The book opens with chapters on how to brew beer, though my guess is that the people interested in brewing the recipes contained in the second half of the book will almost certainly be confident home brewers. 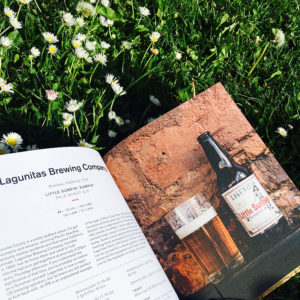 Mind you, how mind blowing would it be to start your travels into home brewing with a beer recipe from Mikkeller or The Kernel, Evil Twin or Beavertown.
Yes, all these breweries have provided recipes, along with Brooklyn, Anchor, Brewdog, Omnipollo, To Øl and many more, making Euan’s Craft Brew an excellent collection of exciting and interesting recipes.

And here’s your chance to win a copy in a competition we are running with Quarto Publishing.
Simply answer the question below by emailing hq at camrgb dot org.
The winner will be drawn at random from the correct answers that we receive.
The closing date for the competition is June 3rd 2016.

Question: What is the name of the ancient Sumerian Goddess of Beer?