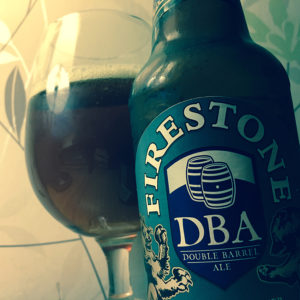 Drinkable if unexciting, Double Barrel pours a nice warm amber but has an almost unpleasant chemical tinge to the toffee aroma.
This is a malt heavy beer, heaped high with toffee and biscuits, peanut brittle and honey, and there’s a decent enough snap of green hedgerow hops.
But everything’s a bit too sweet, a bit too sticky in all the wrong ways.
I’ll drink Double Barrel rather than pour it away, but it’s not a beer that I’ll head back to in a hurry.