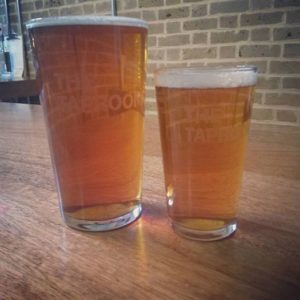 Waimea is a relatively new dual purpose hop that originated in New Zealand in 2012.

As a big fan of Kiwi hops I have generally been disappointed with beers brewed with this hop as examples sampled so far have been way too bitter or has not packed enough tropical fruit punch. Fussy I know.

So when Hopstuff kicked off their 2016 single hop series I was in two minds whether to give it a go. However I am glad I persevered as Hopstuff have done a great job with their version producing a well balanced beer with equal measure of citrus fruit and bitterness with no trace of the somewhat wooden (pine) aftertaste I have previously experienced with this particular hop. Very refreshing indeed.

Sampled at The Taproom

This entry was posted in Beer Review and tagged Hopstuff Brewery, Waimea. Bookmark the permalink.