Skinners Brewery: Leaving The Past Behind 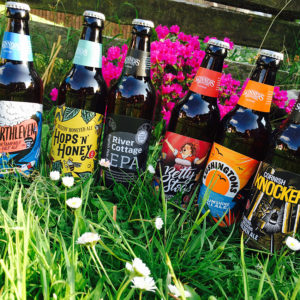 Some time ago I wrote a rather scathing article about Skinners branding.
I still believe that I was fit to pick them up for their bawdy end of the ’70s casual sexism, but I got a fair amount of stick for it from a certain quarter of the “Real” beer brigade.
The particular quarter that seem to hold the firm belief that women are objects to either look at or degrade, make fun of or all three.
It’s almost certainly the same quarter that don’t think women should drink pints.
Anyhow, cut to a week or two ago and I got a message from Skinners’ PR department asking if I’d be interested in seeing their new branding and I was genuinely intrigued.
Would the brewery have simply made more Jim Davidson-esque horror?
Well no, actually.
I have to say that I am very impressed by the new branding of their range.
It’s playful and witty, modern and sharp, and all the beer I was sent, save for Betty Stoggs, which still retains a slightly uncomfortable nod towards the past, looks modern and fresh.
And here’s the thing. 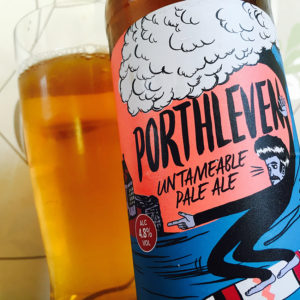 Seeing the beer dressed so much better has made me try it again in this new light, and I have to say that the pint of Porthleven (4.8%) that I’m drinking as I write is a rather decent easy drinking Pale Ale with a honey and waffle body and some lightly crisp hedgerow greenery from its hops.
So I have to commend Skinners for seeing the light and making the right decisions.
They may not be an über cool “Craft” brewery, they’re not trying to be, but now they’re not just making easy drinking beer, they’re moving forward into the future and the result will be that they’ll probably stop alienating an entire section of the beer loving population.
Well done Skinners, you’ve done good.