Trip To Cornwall #1 – The Coastal Brewery 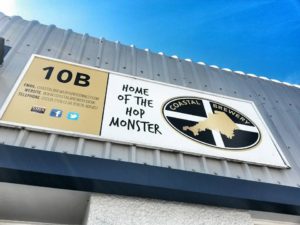 It was the last round of fixtures of the Vanarama National League last weekend and I joined the traveling army of Wealdstone FC supporters on an away trip to Truro City in far off Cornwall. Of course part of our trip planning was beer related and after flying into Newquay we picked up our hire car to head a few miles down the road to Redruth for a visit to the Coastal Brewery.

Like most breweries it’s located in an industrial unit and we were not sure what to find but we were delighted not only to find a fully stocked bottle shop but an open taproom as well! The bar had two of their own beers on cask with a number of others, mainly Belgian, on keg. The bottle shop was well served with a huge ra 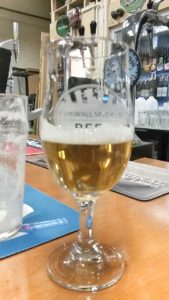 nge of beers from the brewery itself, the UK, Europe and America.

So “when in Rome” I sampled the brewery’s own Cornish Cascade 5% which was a wonderful golden beer packed full of citrus fruit thanks to the aforementioned hop which also gave it a lovely floral aroma. After such a long flight (ha ha) it was a refreshing pint despite it’s bitterness. The second beer from the brewery was Seascape which at 3.9% was a quaffable pale ale.

We were made very welcome by the chap behind the bar who, after a quick chat, I realised was Darren who runs the Beer Today website. Whilst we were chatting Alan the brewer came in and kindly offered to show us around the brewery. 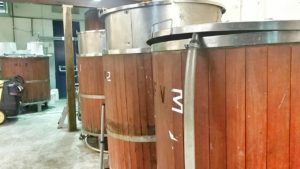 Alan, who is the former brewer and owner of the renowned Borough Arms in Crewe, set up Coastal in late 2006 and has brewed a vast amount of brews since then. The brewery itself is a five-barrel plant, with four fermenting vessels. He explained the brewing process/set up and then invited us to try a bottle of his latest bottle conditioned Poseidon Extra (4.5%). It was an incredible pale ale packed to the rafters with citrus hops. Very hoppy and very, very drinkable.

So after stocking up on bottles and fresh cask beer we said our goodbyes. If 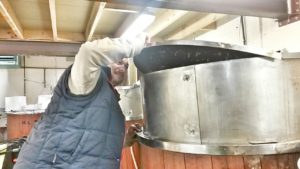 you ever pay a visit to Cornwall I would certainly recommend popping in. Opening times vary so it’s best to ring in advance. Full contact details are on the website.

A big thanks to Alan and Darren for their hospitality.