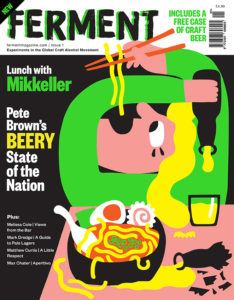 A week or so ago I had a conversation with the gang at Beer52 (@Beer52HQ) as I was interested in how they had launched their subscription club magazine, Ferment, as a glossy that you can buy in newsagents.
It’s a fine read as well, with articles by Pete Brown (@PeteBrownBeer) and Matthew Curtis (@totalcurtis), Melissa Cole (@MelissaCole) and Mark Dredge (@markdredge) amongst others, and during our chat they enthused about their Danish Beer inspired beer box.
The beer isn’t all from Denmark, but a good selection of the bottle are, including Mikkeller and To Øl.
I got hold of a box and decided to see if I could do a little deal with Beer52.
The result is a special code that’ll get you £10 off.
That’s quite nice, isn’t it?
I thought so.
I’ll be reviewing the beer as I work my way through them and will stick a link and the code with each review.
But if you’d like to get started early, simply click here and use CAMRGB10 at the checkout.