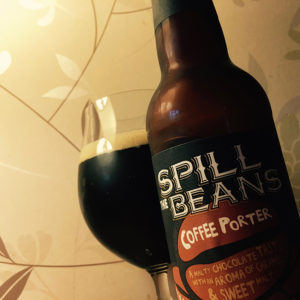 I’ve never been a fan of Brains Brewery and this little bottle of Porter that recently hit the shelves of Aldi doesn’t change my views at all.
Supposedly brewed with real coffee, there’s one hell of a chemical tinge to the flavours, it really tastes like artificial flavouring to me.
It’s also far too sweet, all brown sugar to the point of feeling the grains on your teeth.
There’s some digestive biscuits and a little bit of hedgerow greenery from the hops, but the overarching feeling is of a badly brewed beer that’s thin and unpleasant and practically undrinkable.
Nope, I’m still not a fan of Brains.