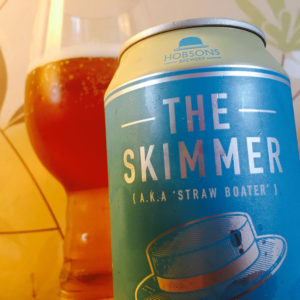 So Hobsons of Worcestershire have joined the ranks of brewers putting their beer into cans.
At least some of it.
And this little Pale Ale is rather good.
Pouring a pale gold, the smell is fruity jelly sweets and a lick of honey.
That lick of honey pops up in the flavour too, and along with shortcake biscuits and vanilla pancakes makes for a good malt body to the beer.
Over this the hops – Magnum, Hersbruker, Cascade and Chinook – give you plenty of sherbet lemons, mango, grapefruit, strawberry and woody pine resin, and all this makes for a crisp and refreshing beer with a good sharp bitter finish.