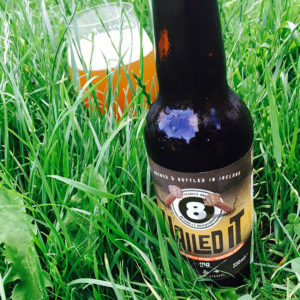 Nailed It?
Depends what they’re after.
This is an OK IPA that pours a cloudy orange with a little fluffy head, but there’s a bit of a chemical burn in the aroma, some fruit, some caramel, and then diacetyl.
Lots of buttery, diacetyl.
And of course you then find it in the flavour too.
There’s toffee biscuits, white pepper and a dab of honey, some green herbal hops with a squeeze of lemon and some grapefruit zest, but before you can enjoy it everything goes slightly slimy and ever so buttery and it wrecks the beer.
Unless of course this is what they were after.
Because if that’s the case, they’ve nailed it.