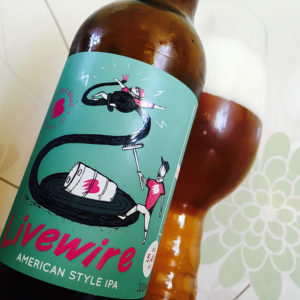 I really really wanted to like this a lot, but there’s a rather unpleasant butterscotch aroma and a sliminess to the feel of the beer that’s more than a little off-putting.
The beer looks alright, pouring a light gold with a fluffy white head, but that unpleasant aroma drifts into the flavours and slowly overpowers the soft caramel and pancakes of the malts and the fruity citrus and mango of the hops, leaving you with an oily tongue and a rather dirty feeling.
Nope, I don’t like it.