To Øl Baltic Frontier, Or Should You Meet Your Idols? 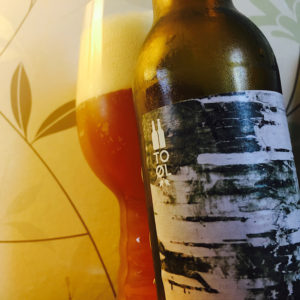 Just because someone is famous should you heed every word they say?
Just because a band is mega hip should you make yourself like them?
The answer to both questions is a resounding no.
And so it is with breweries.
Just because a brewery is über cool and highly respected doesn’t mean you have to drink their beer and pretend to like it, forcing it down through gritted teeth, wincing at every mouthful.
And that’s what I had to do with Baltic Frontier.
I have always liked To Øl’s beer.
But this one is dire.
Not just a bit meh, not just boring.
Baltic Frontier is terrible.
Unbalanced and messy, it packs in juniper berries and sea buckthorn alongside lots of hops.
But all you end up with is a harshly bitter smelling, cloudy beer that’s sour in all the wrong ways and has a finish that’s tinged with bile.
It’s badly thought through, badly made, simply bad.
And yet To Øl are usually so very good.
And they’ll be very good again.
Don’t go near Baltic Frontier.

Source: Beer52 – Get £10 off your first order by using our special code, CAMRGB10