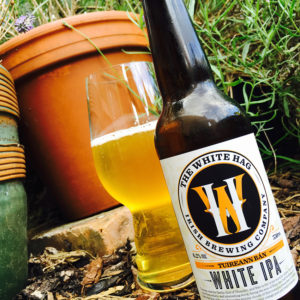 This is a decent enough little IPA even if I am struggling to find any of the orange and coriander that is supposedly part of the brew.
The beer pours a very pale yellow with a little fluffy head and smells of lemon rind and honey.
There’s a soft creamy malting, all shortbread and honey, caramel and wafers, and the hops are sharp and fresh with stinging nettles, hedgerow greenery, lemon zest and rolling tobacco.
All this makes for a super dry and crisp finish, and then, just as you think it’s over the faintest hint of orange peel and coriander appear, meaning that they are indeed part of the brew.
This isn’t a bad beer at all, I’d just like the extra bits to be a bit more up front.