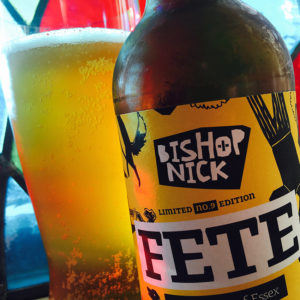 I’m still yet to find a beer from this brewery that I really enjoy.
This isn’t one.
A Golden Ale brewed with Cascade hops, to me it’s just a bad Golden Ale full of all the worst things about the lowest common denominator of that particular style, from the limp and weedy hay bale aroma to the overly twiggy straw malts.
The hops don’t manage to lift the beer any, as the floral and citrus flavours collapse under the boredom of the malting and instead whimper pathetically as you head towards a finish that manages to be cloying as well as bitter.